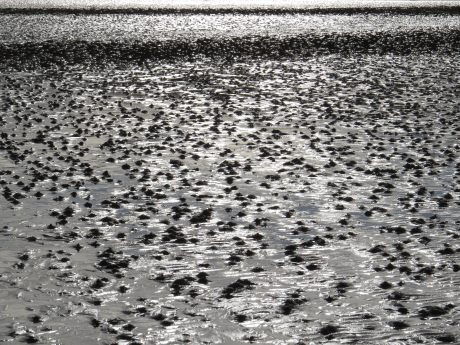 8.3 Possible Futures of a Virtual Orkney

Hay, debating in 2006 whether or not “a coherent theory of islandness” was possible, commented that “[p]erhaps the most contested faultline within island studies is whether islands are characterised by vulnerability or resilience; whether they are victims of change, economically dependent, and at the mercy of unscrupulous neo-colonial manipulation, or whether they are uniquely resourceful in the face of such threats” (2006, p.21). It is certainly true that concerns regarding change, economy, and outside influences were identifiable within the data. It is less evident that those discussing Orkney in this way would be satisfied with allowing the islands to be characterised by these challenges.

8.3.1 Concerns About the Future

Though there are frequently concerns about the extent of the negative effect that digital technologies may have on places and groups, it has been noted that “[b]y contrast to the dystopians’ warning that the end of community is virtually here, Internet utopians have been enthralled at the community-expanding possibilities of online connectivity. They contend that the Internet has created a whole new form of community, the “virtual community,”, that frees communities from the constraints of geographical proximity and such social characteristics as race, ethnicity, gender, and socioeconomic status” (Hampton & Wellman 2003, p.5).

Digital environments offer further opportunities for people to find out about Orkney and enjoy what many people love about the islands. In turn, social media has enabled not just people living across the islands but much further afield to engage with hyperlocal discussions, to the extent of feeling a part of a place they may never even have visited in person. This is to be appreciated, but an increasing amount of people taking an interest in Orkney is not always seen as a positive. Orkney as a place appears happy to allow emphasis to be placed upon its rich heritage, and certainly benefits economically from the number of tourists that visit the islands every year. This, however, does cause some friction amongst those living in and associated with Orkney.

Dundes states that “if one collects the folklore of a people and then does a content analysis of that folklore, one is very likely to be able to delineate the principal topics of crisis and anxiety among that people” (1969, p.481). The single biggest concern evident from the analysed Facebook data related to the increased level of tourism on the islands, specifically to cruise liner tourists who visited a limited number of sites, yet were not felt to contribute to the economy as much as the footfall deserved. Many users were satisfied in making a distinction between cruise liner traffic and tourists visiting the islands and staying in island accommodation (presumably often over a longer period of time). Such tourists were felt to contribute to the economy in a variety of ways: accommodation, transport, the food and drink industry, as well as the more creative industries and overt tourism destinations throughout the islands. Cruise liners, however, were felt to bring a different sort of visitor, who did not contribute significantly, or even sufficiently, to the island’s economy. In some cases, users pointed out that increased footfall in shops, for example, did not always mean that there was an increase in business. There was a clear distinction for a not insignificant number of users between these visitors – who it was felt did not truly engage with Orkney – and those who spent more time exploring and appreciating Orkney. It is possible that the attitude towards such visitors was also tainted by the limited time spent on the islands, and therefore truly appreciating Orkney for all the islands have to offer; though this is a hypothesis only and would require further research to investigate.

These tensions reflected an underlying concern evident from some elements of the data relating to a potential change in the islands. This need to account for such an increase of tourist footfall concerned many users, and there was a feeling that Orkney was changing to accommodate these visitors. This was most clearly evident in discussions relating to the accessibility of some of Orkney’s most famous sites. Orkney’s brand may try to put forward a more contemporary feel amongst the islands, referencing Orkney’s past but not fixating on it; but for those tourists only visiting the islands briefly in large numbers, the primary interest remains with Orkney’s most famous prehistoric sites. As a result, enhanced care and attention is needed to preserve these sites; and this in turn resulted in dissatisfaction amongst Orkney communities, especially when this reduction in accessibility was compounded by an increase – or even introduction – of a charge to visit these sites. Such resentment was evident in discussions relating to Maeshowe, the Ring of Brodgar, and Skara Brae. It is worth also noting related criticism of Historic Environment Scotland, with some users expressing concerns about a lack of appropriate resources and investment, especially relating to a temporary closure of Maeshowe blamed on health and safety concerns.

From the data, it is evident that it is felt that there is a risk that, to accommodate this increased but potentially comparatively superficial interest in Orkney, tourism may start to focus on a distilled version of Orkney. In doing so, tourism may increasingly overlook many of the things that contribute to Orkney’s sense of place and reduce Orkney to its baseline measurement: the physical environment of the islands (most specifically, Orkney’s prehistoric history). As has been discussed, Orkney is not a solely backward-looking place. Orkney is keen to promote the islands as a twenty-first century thriving economy, and there is evidence within the data that individuals as well as companies and formal marketeers are keen to reconcile these two sides of Orkney. There is a risk, however, that superficial tourism – increasing numbers of people spending much-reduced time on the islands compared to the previously understood and more traditional tourist cohort – encourages a much more backward-looking view of Orkney than the islands themselves officially promote. Throughout the data there was an impression that those living in Orkney and associated with Orkney were happy to share their interest in, and love of, the islands with those genuinely interested in Orkney as a place. Cruise liner traffic was clearly not felt to be in that category.

When tourism becomes increasingly superficial, reduced to the lowest common denominator, there is a concern that this reduces a place to a caricature of itself. In could be inferred from the data that there is a feeling such visitors may end up viewing Orkney as something quaint and interesting. Stroe and Iancu discuss this with regard to Matera and Craco, in the southern Italian region of Basilicata:

Tensions between local representations and those from outside the community almost always accompany the processes of patrimonialisation and local development.

From here, it would not be hard to infer that those resident in the islands are also to be stereotyped; and, from this perspective, it is easy to see why such tourism would not be well-received. To quote Sarmento, “[w]hen the market economy—which sustains the economic power that replaced hegemonic ideologies—does not understand culture itself, cultural heritage becomes externally determined and dependent on the images that others create and communicate” (2017, p282). Though the data could not be said to comprehensively provide sufficient in-depth analysis to support such concerns amongst local communities, it would be an interesting future study.

The concerns mentioned above are not unmerited, but such increased interest in the islands is not always a bad thing. To explain why the outlook for the future of the Orkney and its economy is more positive than detailed above (even if the concerns are not unmerited), I will focus on two separate points, both of which have been central to this entire thesis: firstly, the role of digital environments in the future of Orkney as a place, and; secondly, the role of folklore in the future of Orkney as a place.

The creation of digital environments – specifically online environments – allows for a sharing of power amongst those who have previously been able, through access to available communication resources, to control the narrative of individual places. The internet offers a platform to anyone with the ability to access it. Anyone with a Facebook account can post and comment in the Groups monitored throughout the study, and anyone with a Twitter account can join in with international conversations relating to specific places. The searchability of both platforms (and many others) allows for opinions and comments previously limited to an individual’s immediate physical environment to potentially be shared across the world. What was once the reserve of those with significant reach and power is now accessible to many more. This is particularly evident in the various research studies associated with political developments and tensions throughout the world, focussing upon situations where activists’ usage of social media has enabled those caught in conflict or ‘on the ground’ to share their experiences and thoughts with the world. Digital platforms have changed the way people communicate, and significantly changed the political landscape (both local and international).

Given the concern that Orkney may be promoted as a caricature of itself, it would be reasonable to worry that the folklore of Orkney may be affected similarly. Such concerns, however, appear to be unmerited. The continued interest in events and festivals such as the Orkney Folk Festival and the Orkney Storytelling Festival prove that there is an appetite not just for the folklore of Orkney, but for the folklore of Orkney to be discussed and experienced in context: both within the environment itself, and also in the context of an international environment. In addition to this, the current interest in all things Nordic suits Orkney well in terms of its folklore. The international interest in hygge has focussed on those elements of place and experience which create a certain atmosphere of being. Discussions on social media have interpreted this to be more about how you are, rather than where you are: and there is an increased interest in the essence of people and places. This has positioned Orkney well to make the most of its Nordic past, and promote elements of its folklore – as part of both culture and lifestyle – to a wider audience.

Sarmento states that “the handcrafted product is nonetheless in danger of becoming a commodity that, in many cases, can no longer be regarded as an expression of a community” (2017, p.281). It may be that Orkney runs the risk of being distilled into a few key headline attractions, exaggerated for the tourists; but here, again, the internet offers an antidote to what has previously been a branding exercise allowed to be promoted by a minority. As long as there are people who remember and engage with the folklore of a place, the folklore will continue to exist. It may change and develop, but that is the nature of folklore, which continues to represent “the main moral and ethical values of the people” (Egorova 2014, p.489). The capturing and sharing of the history of Orkney’s folklore online has increased interest and respect; but interest in Orkney’s folklore does not hold the same threat to change as interest in Orkney’s physical environment does. The internet offers the opportunity for folklore to both become an archived artefact and also to be transmitted simultaneously. As has been discussed, the internet is not without complications with regard to the sharing of folklore but, overall, the combination of digital technologies and folklore works well.