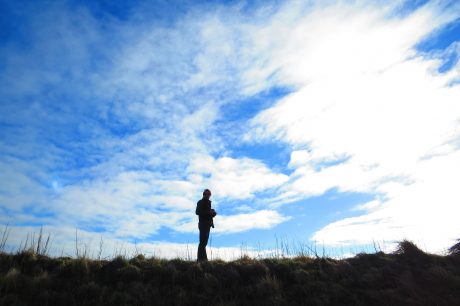 8.2 Key Features of a Virtual Orkney

Further to the thematic analysis previously discussed, two key features of Orkney as identified through discussion of this virtual Orkney have been identified for further discussion. Firstly, in many ways, Orkney is clearly a place of two halves: with Orkney as somewhere both forward looking and backward looking. Secondly, the importance of Orkney as a player on the world stage, specifically in relation to festivals, is discussed.

Orkney in many ways fits the profile of the island and archipelago previously outlined, including Brinklow’s tropes of islandness (2011), if with clear evidence of self-awareness. Orkney as an island and an archipelago succeeds at “living with openness to the world, with resilience, inclusivity, and fluidity, while maintaining a strong independent culture.” Orkney is a place aware of it rich cultural heritage and the importance of its past. Recent features on primetime terrestrial television have detailed how Orkney is considered to have played an important role in Stone Age Britain; perhaps even bigger than previously imagined. This does not mean, however, that Orkney is simply fixated on its past. It’s physical landscape clearly shows evidence of Orkney’s history over the last several thousand years, but Orkney as a place is as keen to look forward as it is backward.

The field of archaeology offers a helpful metaphor for this dualistic approach. Orkney’s landscape is peppered with examples of archaeology relating to a variety of periods throughout Orkney’s past, both prehistorical and much more modern. It was clear from the data that these contributed greatly to Orkney’s sense of place. This is not to say, however, that archaeology-related comments and posts focussed fully on the past: archaeology, as a topic for discussion in the data, represented both the old and the new. Observations and related subject matter could be broadly split into two sections: firstly, acknowledgement of the existence of archaeological artefacts and sites of interest, and; secondly, the ongoing development of archaeological practice in a contemporary sense within Orkney.

In assuming that the importance placed upon archaeology indicates a preoccupation with or a fixation on the past, there is a risk of misunderstanding the importance of archaeology in Orkney, and the role it plays in the creation of Orkney as a place. Given Orkney’s somewhat nordophilic approach to its history, and the importance placed upon Orkney’s Nordic links when considering the Orkney brand, it would be an easy mistake to make. On the contrary, rather than simply a fixation with the past, Orkney’s historical links offer a context for Orkney today, and their interpretation and representation in contemporary Orkney merely provide a backdrop and a starting point for discussions relating to identity: one which considers the past, focusses on the present, and encompasses developments for the future.

Rather than archaeology merely being a window to the past, archaeological practice as a developing and living history is very much alive in contemporary Orkney. The Ness of Brodgar dig, started in 2004 at the Heart of Neolithic Orkney World Heritage Site, appears to have been of interest to both those living in Orkney and those following developments from further afield. The University of Highlands and Islands (UHI) Archaeology Institute and Orkney College UHI are involved with the research on the site. The dig provides an insight into the level to which engagement of Orkney communities in archaeological developments is deemed important. An Artist in Residence at the Ness of Brodgar was employed to collect material and document dig developments, and prepare for engagement activities (including creating an exhibition for the Orkney Museum). The focus of this residency was less on the archaeology, and more on the human activity on site.

The role of the public of Orkney was also overtly utilised to support related archaeological appeals and developments. There were several instances in the data of information being shared relating to an appeal for funds to help pay for a viewing platform at the Ness of Brodgar dig. Encouraging community engagement was not the sole reserve of new developments. Throughout 2015, Creative Scotland and Orkney Islands Council’s Arts, Museums and Heritage Service supported an artist in residence at the Orkney Museum, “focusing on the collections, store and curated spaces of the Orkney Museum”, who created a variety of multimedia works based on collections and the Orkney landscape and environment.

These two examples indicate the importance to Orkney of revisiting previously understood facts with new perspective, and continuing to develop and enhance knowledge and understanding of Orkney’s history, whilst presenting findings in an accessible and engaging contemporary manner. The currency of such developments in Orkney also brings increased tourist footfall to the islands; not surprising given it is not a rare occurrence to find the recent developments discussed or featured on national media. Herein lies one of the tensions relating to Orkney’s economy and sense of place, and one which was clearly evident within the analysed data. This will be discussed further below.

McCall, arguing his case for nissology in 1996, states that “[p]eople complain that there is nothing global about Islanders: they can see things only in local and restricted terms” (1996, p.76). Baldacchino builds upon McCall’s criticism of this view to challenge this viewpoint further:

An island is a nervous duality: it confronts us as a juxtaposition and confluence of the understanding of local and global realities, of interior and exterior references of meaning, of having roots at home while also deploying routes away from home (e.g. Clifford). An Island is a World; yet an Island engages the World.

Of specific importance to this study, Low notes the role of the global in the creation of place via its contextual role in embodied space:

But in all cases, these spaces are produced by the individual, through his/her movements, thoughts, and imaginings. In this sense, the global is ‘‘located’’ in embodied space, and negotiated and given meaning through social relationships and specific cultural and political contexts.

The above perception, imposed upon islanders by “Continental dwellers” according to McCall (1996, p.76), was certainly not evident within the data (though, it would not reasonably have been expected to be, given the demographic of interest of the users participating in discussions). Rather, there was a focus of Orkney as the centre of an increasingly international stage. One example of this intentional centre-ing could be the recent developments and importance of educational and research hubs based within Orkney, focussing on a variety of disciplines ranging from developments in the field of sustainable energy to archaeology. Instead, though, I will focus on the role of the events and festivals of Orkney.

Orkney has always comparatively had a strong presence internationally, as the recent archaeological research referenced above suggests. In recent years, however, it appears that Orkney is increasingly perceived as somewhere international in outlook. This may simply be the availability of technologies and online spaces where people around the world can gather to share their experiences of Orkney; but it appears that the internet has efficiently facilitated Orkney’s outward facing ambitions. It is hard to conceive something like the Papay Gyro Nights festival (Papay Gyro Nights 2018), for example, thriving in an environment without the internet.

The variety of events and festivals held in Orkney throughout the year offer an indication of how Orkney chooses to present itself to tourists and visitors, either by official branding, or by community-led events and festivals. Orkney is fortunate in that there is a wealth of experience and history to be mined in support of outward facing events and festivals. As a result, Orkney is not necessarily in the same position as some other geographical areas which are less fortunate in terms of historical legacy. Sarmento, discussing the celebration of moliceiros, describes the festival as a “recently invented tradition that is exploited, even today, by political and, especially, by economic and commercial powers, who artificially multiply reasons and occasions for such a profitable tourism-oriented celebration” (2017, p.283). Tatar, discussing the Ulsan Whale Festival, supports this perspective, though argues for the importance of place-making and the invention of tradition; in this instance, taking the form of a festival:

The data showed no evidence of a degree of dissatisfaction with the various festivals which have taken root over the last several years in Orkney, complementing the existing Orkney calendar of events. One reason for this might be the extent to which community engagement is sought, and the importance placed on local buy-in of such events. As mentioned above, the data suggests that those associated with Orkney are satisfied that there are genuine attempts for such events and festivals to be collectively driven by those living in Orkney; a sense of local ownership of content (even where this is likely not entirely the case). The importance of inclusivity and a happy medium between people from the local community and visitors from outwith the island is noted by Sarmento, who describes such festivals as “a collective celebration in which everyone is potentially a leading actor” (2017, p.283).

Related to this, the importance of festivals as events which control and direct the narrative of a place should not be underestimated. Compare McCall’s comment about “local and restricted terms” (1996, p.76) with Lu’s research on the Yilan International Children’s Folklore and Folkgames Festival in Taiwan. Lu states that one purpose of the festival (and other related activities) for Yilan was to “make itself recognizable in the global cultural economy through creating an assembly of new traditions and landmarks that cast Taiwanese folk cultures, previously considered provincial, in a new light” (2017, p.281). Though the baseline of external public opinion of character of place relating to Orkney and Yilan might not be said to be the same, it is undoubtable that the festival calendar of Orkney has been strategically created to expand the understanding of Orkney as a hub not just of culture built up over many years, but of academic expertise and contemporary art.