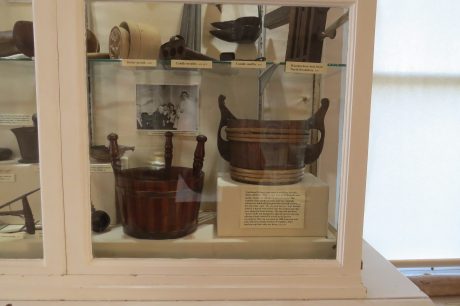 8.1 Boundaries of a Virtual Orkney: Mapping

There is something inherently human about the need for borders and boundaries. Such clearly defined parameters offer individuals a way of developing and understanding their own personal identity: not just who they are, but who they are not. In removing – or failing to clarify – borders and parameters, individuals are forced to come to their own understanding of any given issue without tools to aid in conceptualising potentially vast arenas of thought. Ganzeer, describing a conference on borders at the University of Balamand noted the etymology of the word ‘borders’ itself:

There were those who spoke of geographical borders, and those who spoke of social borders. Linguistic borders were discussed, as were artistic and disciplinary borders. Three days of borderless talks about borders that were kicked off by a fascinating introduction to the very etymology of the Arabic word for borders (حدود), which shares its root with words like “severe” (حاد), “challenge” (تحدي), “determine” (حدد), “metal” (حديد), and “edge” (حد), which itself is also the word for “limit”.

As Pugh notes when calling for a recalibration of island studies in relation to the archipelago, discussing Stratford et al, islands in particular are commonly defined by their perceived geographical parameters, both in terms of what they are and what they are not:

Their point is that the study of islands has too often focused upon boundaries and dichotomies, and fixated upon borders: land and sea, island and mainland.

Baldacchino takes this further, questioning why so many people are keen to capture the physical form of an island:

Perhaps the answer lies in an obsession to control, to embrace an island as something that is finite, that may be encapsulated by human strategy, design or desire.

It is tempting to wish for a visual map of Orkney online, to navigate through the online platforms where Orkney is discussed, much as one would with a traditional map. If this was ever possible, in the early days of the internet and certainly before the introduction of social media platforms, it is not possible now. Orkney online exists on multiple platforms with a variety of public and private settings, and across so many individual sites and platforms that it would be impossible for a single researcher – or even group of researchers – to complete a robust and accurate mapping of all these online spaces.

Wellman, writing in 1979, stated that “[a]nalyses have tended to take as their starting point extrinsic mappings of local area boundaries and then proceeded to enquire into the extent of communal interaction and sentiment within these boundaries” (1979, p.1202-1203). In the digital environment, such an approach – of starting with clear-set boundaries and working inward – is often impossible. Studies focussing on discussions relating to a geographical area, rather than focussing on a single platform or sub-division of a platform, must be designed and planned with the knowledge that there are no clear boundaries: the researcher must search for place amidst the space. More than this, borders should not be considered necessary to study places:

‘Boundaries’ may be of course be necessary, for the purposes of certain turn of studies for instance, but they are not necessary for the conceptualisation of a place itself.

Even within a single platform, the shape of Orkney in the digital environment is changing daily, with groups, pages, posts, and users being created, updated, and removed constantly. In terms of mapping, how these are hyperlinked cross-site by users influences how space and place is created:

Despite the opportunities for collation and analysis of relevant big data that are now available, therefore, the qualitative researcher of online places will only ever be left with a single iteration of a virtual place.

Much as the understanding of the physical nature of Orkney has developed over centuries via the medium of maps and the skill of cartographers, the understanding of Orkney as an online environment is constantly in a state of development. This virtual Orkney, as a place within the online environment, can – much like Orkney’s folklore – itself be seen as something metaphysical and pervasive: it is potentially everywhere and nowhere.

As has been noted, geographical metaphors used to describe online spaces and places are flawed. Mapping, even of an understood geographical area, can encourage a fixation on the creation of visual guides to represent space which is affected and influenced not just by environmental factors, but by political and other factors too. As Reeploeg states, “the practice of mapping demonstrates the re-negotiation of complex sets of perceptions of space and place” (2015, p.43). Kitchin and Dodge state that “cartography is processual, not representational, in nature” and call for “ways of framing and reflexively refining cartographic theory and praxis, rather than simply critiquing the work of cartographers without providing epistemological suggestions” (Kitchin & Dodge 2007).

Social network (both ego and global) analysis and other research methods using quantitative methods and graph theory to analyse and display metadata – providing some form of maps of cyberspace – would complement qualitative research studies such as this one. Though they would be able to provide quantitative insights to networks associated with the data, potentially even cross-platform, they would not, however, be any more able to provide definitive boundaries to online places than qualitative data would (in fact, they may be less able, as they may not be able to sufficiently analyse the detail of certain functionality, such as cross-platform referrals, previously discussed).

Online places can be defined where they are limited to specifics platforms. Where online places relate to geographically understood places in the physical environment – that is, offline – the boundaries are not capable of being defined. This study, then, discusses a single virtual Orkney – one of many possible iterations – whose boundaries can only be defined by the data specifically analysed and discussed. Though Facebook and Twitter are the primary social media platforms referenced, the initial data included references to blog posts and other social and traditional media (allowing for the space (or place) to be (Rogers 2012, p.200)). The data – and therefore this virtual Orkney – can only be seen as representing a single moment in “demarcated and shaped by limited acts of association” time at the point the data was collated, compiled, and analysed.