Thesis: The Importance of the Online Environment 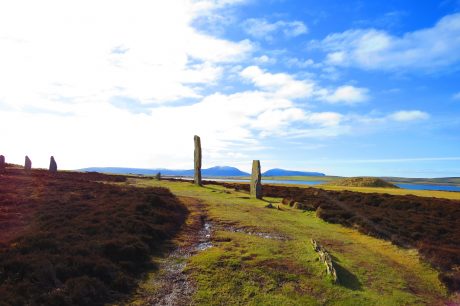 7.3 The Importance of the Online Environment

The internet plays a key role in facilitating folklore research through the development and accessibility of digital archives. Archival sites such as Tobar an Dualchais / Kist o Riches, which receive public and private funding, are of key importance to the folklorist. The increasing availability of digital technology has meant that recordings of interviews over the last several decades are now available and easily accessible without having to visit archives or libraries in person. It is not just, however, official archives which provide an abundance of material for the folklorist. The availability of blogging tools has enabled individuals, regardless of their financial backing or professional background or interest, to create their own archives or host blogs detailing local folklore customs and tales. Though this at times, with usage of search engines almost second nature of the online researcher, means that poorly researched posts – or even fakelore posts – may reach some prominence, many of these sites are of excellent quality and provide the folklorist with information about local folklore which would not otherwise be available.

One such example in relation to Orkney in Orkneyjar (http://www.orkneyjar.com/), created and maintained by Sigurd Towrie. It is interesting, but important given previous discussions relating to the use of the term Orcadian, that the website’s ‘About the Author’ page opens with both a quote and a description explaining the length of the author’s association with Orkney.

The Orkneyjar website is well-respected by those living in Orkney and further afield, and there were several examples in the data whereby individuals were redirected to the site for further (at times apparently definitive) information on a variety of topics.

Aside from archival material, the internet plays a crucial role in the development and sharing of contemporary folklore, as a method of transmission. This is both in terms of sharing existing folklore, and also in the development and facilitation of potentially new areas of folklore. This was evident from the data collected during and after the third and final theme identified from the Twitter Hour, focussing on observations relating to the internet and its role in contemporary folklore (later becoming the #OrkneyOnline hosted hashtag). The internet provides a place to discuss folklore, and cross-reference details with those of other areas and places. As a result, as an entity, the internet allows for considerable developments in the field of folklore, potentially speeding up changes that would naturally occur eventually over time. As a form of transmission, it plays a crucial part in twenty-first century storytelling and folklore.

The wider internet as a place to discuss folklore and compare existing bodies of folklore is important. Ethnology has been potentially enhanced, or at least facilitated, by the development of digital technologies. People can communicate with, and be introduced to, other researchers or individuals who share common interests.

It is, however, simply one of many places which facilitate such sharing of information; and lives cannot be lived in an internet vacuum. Again, the internet’s role as a facilitation device – encouraging multiple methods of transmission – was noted.

There were, however, some concerns regarding the ease at which folklore could be transmitted, especially when it had been inaccurately documented or insufficiently researched. Though the internet offers possibilities to develop folklore, this does in some way offer an increased opportunity for the ‘dilution’ of folklore. Folklore and urban legends or myths can be shared (and created: consider the increase in the development and distribution of ‘fake news’ (Thompson & Vogelstein 2018), the ease of transmission of which has certainly been facilitated by the rise in social media platform engagement) much more easily, meaning that it is at times hard to ascertain origins or earlier versions of folklore relevant to a specific place. This is not to say that the opportunities for collaboration and comparison should be overlooked, but that the folklorist should ensure that they exercise sufficient caution and continue to verify information as much as seems relevant.

It was felt that social media provided a place for folklore in the digital world, offering the opportunity for individuals to interpret elements of folklore as they saw fit.

How people react to folklore being discussed on the internet – such a potentially visible arena – is important to note. Some people may feel protective about their folklore being shared, adapted, and developed using digital platforms. Others, however, may appreciate the discussions and connections that the internet affords.

Finally, there is a risk that the internet may make it harder for people to express their views in such a public arena, due to concern of how their views may be perceived. This, in return, may result in certain folklore beliefs being simply discussed rather than truly felt and believed. In this way, the folklore may belong to a place or a group, but it is discussed and considered in a way in which personal association with the ‘ownership’ of such belief is not made evident.

The unique qualities of the digital environment in relation to folklore offer the opportunity not just to transmit and share folklore, but to create folklore. This is evident, for example, in a variety of photography-related phenomena.

Certain products of digital technologies have characteristics which are capable of having qualities which may not just transmit and share folklore, but create it. The qualities of such technologies in relation to folklore has not yet been sufficiently explored. Similarly, the opportunity to link such phenomena – potentially such folklore – to a specific place and time using metadata has not yet been explored. Graham et al, discussing Castells and timeless time in relation to augmented realities (note, again, the plurality; rather than simply a single augmented reality), note that:

This collapse of time is particularly remarkable given that much of this geospatial content has a time stamp associated with its creation: when the photo was taken, when it was uploaded to an online platform. However, this temporal data is routinely ignored in the enactment of augmented realities in the effort to construct seamless representations of place.

These statements, collated during and after the #OrkneySupernatural Twitter Hour, have been deliberately left to this point in the discussion, rather than conflated with the earlier functionality and thematic analysis. They succinctly provide a recap of current concerns and interests of the academic community of digital folklorists. There is a wariness that the online environment may cloud the ability to accurately capture undiluted folklore; yet the possibilities that the internet affords the discipline of folklore and contemporary folkloristics at this point in the twenty-first century cannot be overlooked. Finally, though this was not the focus of the study and the data is insufficient to provide much commentary on the matter, there is evidence of the ability for social media platforms to facilitate or encourage the creation of folklore – rather than just the transmission and development of existing folklore – relating to Orkney. Examples of this include the discussions relating to the dead fish washed ashore in Orkney and Caithness and the speculation regarding the refuelling tanker navigating Orkney (Chapter 5). Though investigating original sources have not traditionally been considered the remit of the folklorist – and, again, the data is not sufficient to provide evidence that these two examples did or will develop into any form of folklore – such discussions bear all the hallmarks of facts and fictions which allow for the creation and development of new folklore. An interesting further study might investigate more recent folklore phenomena and, in future, social media platforms (depending on the availability of data given potential future data retention policies) might even prove to provide the source of new bodies of folklore in relation to specific places.