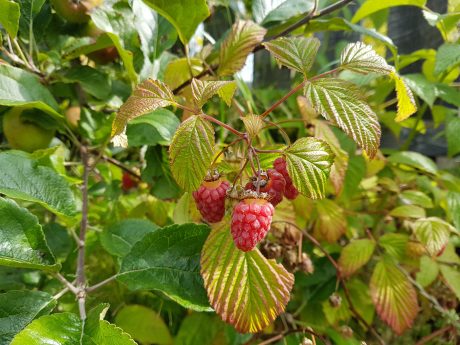 Well, I did say I would be back in August!

Hello again, friends. It’s been a while.

Life is pretty different from when I last posted here, though not unexpectedly so (in the broadest sense). The bairn arrived safe and well on her due date, cutting it fine at 11.59pm, after the best part of two days of labour. She’s now a little more than six months old, and the four-legged one is just over a year old. Tempus fugit, and all that.

Being on Maternity Leave has been strange – the best of times (though not all the time, obviously), and the most exhausting of times. There are several musings I want to articulate in writing sometime about how I feel I’ve changed, and how I have not. How time loses meaning, and being lost in all things motherhood is both the only way of living and something which instills in me a sense of urgency for things which are mine, and only mine. There is, as ever, Much To Say.

But, first, to the here and now. I have had plenty to think about over the last several months (all the time to think, none of the time to do), and I have given serious thought as to which of my perpetual pipeline projects I can think about developing now. I’ve whittled my project wishlist down considerably, and it is probably still ridiculously ambitious. But I have long since accepted (though even people who have known me for years sometimes struggle to understand) that I am happiest when I am making progress with my projects. I have also always been of the opinion that energy begets energy; the more I do, the more I find I can do – but that was pre-motherhood. I still have faith in the theory, but it will be a while before the ever-permanent fog of exhaustion clears entirely.

These, then, are my current creative priorities.

The project formally known as #NaNoWriMo 2018. I have managed a little more since my last update, but nothing spectacular. I really want to have a full first draft before Christmas if possible. I should probably think of a new project name.

Maggie Tess Music. My solo musical adventures. It’ll be a while before these see the murky, suspect light of the internet, but I’m working on a few bobs and bits at present which will be made available digitally, possibly with a limited run of CDs (with bonus content) thereafter.

#CrowdMoot. A new ShiverWriggle venture, which I may start as early as September. More information to follow very soon.

#WhitherWriggle. Another ShiverWriggle project I started in June. Expect monthly updates from hereon in.

hei:nous:ly, also known as #BadHigherEd. After my introductory posts last autumn, I’m currently aiming for a weekly scrap:book post, with commentary on current Higher Education affairs, or perhaps one of the many meatier things I’ve been pondering writing about for a while.

Blogging my PhD. Alright, I really want to get these posts online soonish, but that means finding the mental capacity to delve back into my completed thesis and start rummaging around in order to come up with a series of posts that explains what I spent several of my finest years working on. I’m not going to put an estimated date of delivery on these. Just a Watch This Space, for now.

And, finally (but perhaps most importantly), I am launching a newsletter. As She Flies will aim to be emailed out on the last Monday of each month, starting later this month. This will recap my various escapades, musings, and projects; and will be a precursor to a potential future umbrella project attached to a funding stream. More news as I have it (this has been in the works for a good few years).

And, yes: believe it or not, that is the significantly reduced list of projects I have planned for between Now and Some Point In The Future. It is truly #BackOnItAugust!