A Month on Wednesday: November 2018 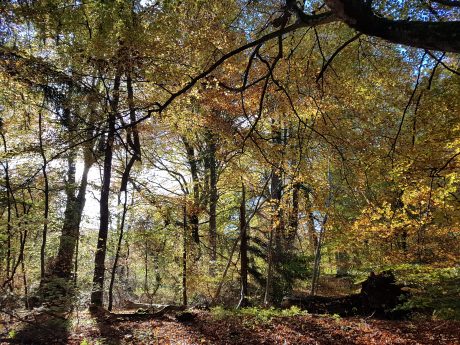 November is one of my favourite months of the year, and it’s not just because I’m a November Baby myself. There’s something about this time of year which feels so magical.

A day after my last monthly update, I launched #BadHigherEd (heinously.com), finally starting to capture in one place some of my expanded thoughts and observations about the state of Higher Education in the first quarter of the twenty-first century. I haven’t really done too much to promote it yet, I’m just leaving it there quietly building up content. So far I have focussed on revisiting and writing up a talk I gave to the Medical Educator Forum at Edinburgh Medical School in April 2018: The Role of Professional Services Staff in Higher (Medical) Education. As well as an introductory post, I have so far focussed on three primary challenges facing Professional Services staff in the sector: language, resources, and resilience. I’ve received some great feedback about the posts so far, and am enjoying finally writing up all those scribbles and notes from the last decade or so. Not all the posts will focus on Professional Services, but I have no qualms about starting with a distinct Professional Services focus given there are few outlets for honest and, importantly, accessible reflections on that aspect of the sector. 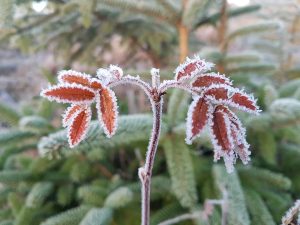 The perfection of nature, in our November woods.

I have also started my series of #OurGirlOnTheOutside musings again for ShiverWriggle. Posts so far have focussed on standing up and being counted, why I have left Facebook for good, some observations on twenty-first century leisure (with apologies to William Henry Davies), and the importance of the hope and goodness that this time of year brings out in some many people. I’m hoping to continue #OurGirlOnTheOutside, but that’s all ShiverWriggle content that’s planned for the immediate future. I have a few related half-considered plans and schemes, but I think I have enough on my plate for the next few weeks and months.

November has, delightfully, seen The Man and I host a series of visitors to our humble abode. Equally as delightful, we have even more visits from family and friends planned for December. And, throughout all this, Scapa continues to grow into a truly leggy pup (definitely developing more on the Pointer side, at present, though definitely with a Labrador’s appetite for food) and January, when All Things Will Change, edges closer.

The one thing I haven’t managed to achieve this month, due to several other projects I’ve been working on, was making any decent progress on #NaNoWriMo. I have given myself an extended deadline of Christmas for a full first draft now, which I’m quite content about given this was my original aim and, well, I make up my own rules anyway.

So here we are, less than four weeks until Christmas Day and heading for the end of a very eventful year. Ironically, despite the fact we are all now rushing headlong into the festive season, I expect December to be a little calmer than November. I’ll be making a concerted effort to take the time to catch my breath whenever I can. Enjoy the madness, folks!