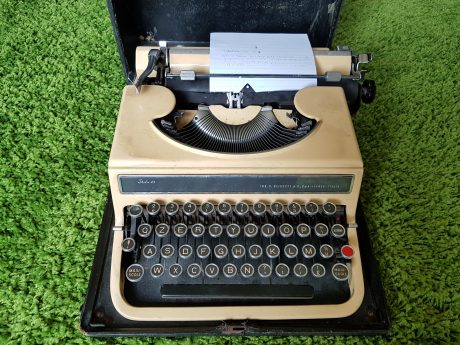 Hello, friends. It’s been a while.

When I last shared some thoughts here three months ago, I mentioned that May had been a formative month for me in many ways. I had resigned from my job, with an end date of the 5th of September 2018. I also mentioned postponing an imminent new project as “a few unexpected things” had come up.

I found out, the week after submitting my resignation, that I was pregnant. Though this was something that had potentially been on the cards, it happened much quicker than we thought it might, so we were both in a state of mild (if excited) shock. As of today, all is well at nineteen weeks. Current ratio of thrilled:terrified is running at approximately 86:14. 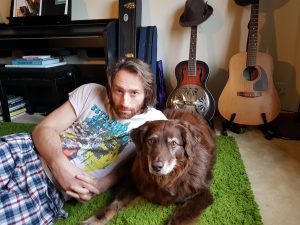 My EuanOsa. Euan always said he and Osa shared the same soul and, in many of my photographs of the ridiculous pair, you can believe it.

The following month, in one of those curious life and death cycles that happen from time to time, our beloved Osa died in his sleep. Everything happened very quickly, as he had only been showing signs of suddenly seeming very old since late April or early May. The wilful alpha that he was, he wouldn’t have appreciated a long, drawn-out period of wasting away, so (on reflection, after the first wave of heartbreak) I was relieved that he went so suddenly in the end. Though gone, he still seems very much a part of our lives. It doesn’t really feel like he’s all that far away at times.

Every autumn, I get restless. I want to do new things, or disappear entirely. I chose my last day at work very deliberately, to allow myself to revel in being in the Highlands all autumn. I envisaged my days of writing and creating being peppered with walks in the woods with Osa, and the two of us hanging out in the garden or my writing cabin; me wrapped up as that delicious seasonal chill started to set in. I’d decided I’d have a few weeks off before finding work. Time to recuperate after an exhausting few weeks, months, and years.

Instead, I’ll be here on my own during the day, my body (mostly) quietly at work growing a baby and all that entails, and with no Osa to distract me and keep me company. My energy levels are not what I’d imagined they would be. Some of my priorities have changed entirely, some have stayed the same and become more pressing. My need to create, to finally put pen to paper and fingers to keyboard and make a start in capturing and developing all those thoughts and projects that have been percolating in my head for the last several years, now has an urgency to it: there are things I want to have completed (first draft at least) by Christmas, in preparation for the time when my life will change (even more) forever. The primary standalone project I’ve decided to focus on initially (there are some ongoing projects that will take shape over the next few months, too) has changed entirely based on the events of the last four months. Things will not be what I had imagined.

And that is fine. More than fine. It feels like things are coming to an end (I passed my PhD viva subject to minor corrections in mid-August – more on that another time) and other things are beginning at exactly the right time, making a delightful mockery of everything I had planned.

I have one week left at work before I head home to the Highlands full-time. On that day, I will be exactly halfway through my pregnancy. I do love life’s little patterns and surprises.