Due to time playing its increasingly frequent tricks and me losing myself in autumn, delaying my previous post, this update is coming to you only a couple of weeks after the last one. Perhaps this is me getting back on track with a monthly update, on the last Monday of each month, as originally intended.

The Fates have been playing their tricks again as, given recent events, it works surprisingly well that you’ve had a miscellaneous update so recently. That means I can solely focus on one big decision I made since then.

I have decided that my time working in Edinburgh has come to an end.

I moved to Edinburgh in January 2014. Edinburgh had been the aim since deciding to leave Essex in February 2013 (and actually leaving at the end of July 2013). I love Edinburgh – it was the first place I moved to simply because I wanted to be there, rather than for any other, additional reason – and always will. I have had an amazing time living in Edinburgh, even if not exactly the time I thought I’d have there (when I decided to move (t)here, I didn’t think I’d end up getting married, for a start). But, for various reasons, it feels like the time is right to move on. I have set myself an outside end date of Hallowe’en next year (2018), though I might leave before that. 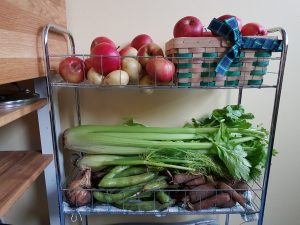 Some things are just so satisfying. Also, did I mention I love autumn?

Things get easier financially in the next few months. By the end of the year, I will have settled my PhD fees (assuming I don’t have to request an extension – please, don’t let me have to request an extension: five and a half years is long enough on a single project); and I settle my Student Loan next year. Work-wise, I took a step back when I moved north of the border so that I could focus on my PhD (with varying degrees of success, I ended up accidentally working my way partially back up the ladder) and, next year, I will be in the position of being able to comfortably take another step back financially. I always said that, after my PhD, I wanted to focus on something a little more creative, so (post-PhD) that will be my aim. And if that means temping for a while, or taking short-term contracts which suit my circumstances, then that’s fine. More than fine.

Of course, maybe the right job will come up at the right time and in the right place (that is, commutable from home), and I’ll end up staying in conventional employment for a while longer. That’s fine too. I only know that certain things have happened recently (both planned and unplanned) to tip the scales, meaning my countdown to leaving Edinburgh has now begun.

And, since I made this decision, oh the signs! There have been so many little jigsaw pieces that have slotted into place, as if the Universe is trying to let me know that the right call has been made, and everything’s going to be just grand. Amusingly, my close friends were not surprised in the slightest at my decision. In fact, they’d been waiting for this. Which just goes to show that they know me well and, unlike me, do not overestimate my ability to conform and do the sensible thing.

On the one hand, I might have another twelve week-day months in Edinburgh. Maybe less. On the other hand, I have a three-month notice period, so planning a year in advance really doesn’t seem that long: I should submit my PhD at the end of March, which only leaves a maximum of four months after that before I need to hand in my notice to ensure I have left by my absolutely-last-date of the 31st of October 2018.

No doubt I’ll be capturing the whys and wherefores as well as my progress over the next few months but, for now, raise a glass, friends: here’s to new adventures!