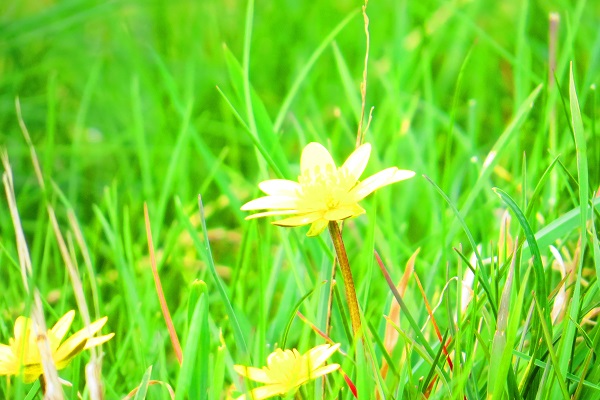 Yesterday, I shared some of the highlights of our April Fools wedding day with you, and I mentioned that Euan and I had chosen quotes from our favourite authors, Douglas Adams (Euan’s choice) and Tove Jansson (my choice, unsurprisingly), to be read at the ceremony; and that we closed the ceremony with the Registrar reading a new year’s wish by another of our favourite authors, Neil Gaiman.

Here are the words of wisdom we chose to be read during the ceremony, in this order:

1. He felt that his whole life was some kind of dream and he sometimes wondered whose it was and whether they were enjoying it. (Douglas Adams)

2. One summer morning at sunrise a long time ago I met a little girl with a book under her arm. I asked her why she was out so early and she answered that there were too many books and far too little time. And there she was absolutely right. (Tove Jansson) 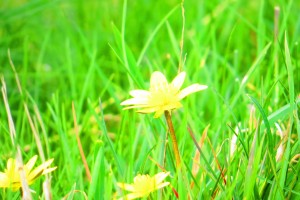 There’s nothing quite like the early days of spring

3. On the planet Earth, man had always assumed that he was more intelligent than dolphins because he had achieved so much—the wheel, New York, wars and so on—whilst all the dolphins had ever done was muck about in the water having a good time. But conversely, the dolphins had always believed that they were far more intelligent than man—for precisely the same reasons. (Douglas Adams)

4. Lie on the bridge and watch the water flowing past. Or run, or wade through the swamp in your red boots. Or roll yourself up and listen to the rain falling on the roof. It’s very easy to enjoy yourself. (Tove Jansson)

5. For a moment, nothing happened. Then, after a second or so, nothing continued to happen. (Douglas Adams)

6. ‘Tonight is the night for a song,’ thought Snufkin. ‘I’ll think up a new song that is one part anticipation, two parts pining for spring, and the rest a joyous declaration of how wonderful it is to be alone and at peace with yourself.’ (Tove Jansson)

7. I’d far rather be happy than right any day. (Douglas Adams)

8. I cannot stress enough the perils of your friends marrying or becoming court inventors. One day you are all a society of outlaws, adventurous comrades and companions who will be pushing off somewhere or other when things become tiresome; you have all the world to choose from, just by looking at the map… And then, suddenly, they’re not interested any more. They want to keep warm. They’re afraid of rain. They start collecting big things that can’t fit in a rucksack. They talk only of small things. They don’t like to make sudden decisions and do something contrariwise. Formerly they hoisted sail; now they carpenter little shelves for porcelain mugs. (Tove Jansson) 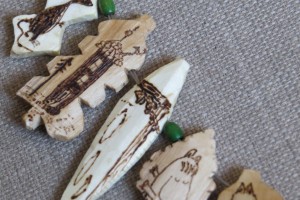 Part of the detail of my circlet headpiece, based on the creations of Tove Jansson, and made by my brother

9. One of the major difficulties Trillian experienced in her relationship with Zaphood was learning to distinguish between him pretending to be stupid just to get people off their guard, pretending to be stupid because he couldn’t be bothered to think and wanted someone else to do it for him, pretending to be outrageously stupid to hide the fact that he actually didn’t understand what was going on, and really being genuinely stupid. He was renowned for being amazingly clever and quite clearly was so—but not all the time, which obviously worried him, hence, the act. He preferred people to be puzzled rather than contemptuous. (Douglas Adams)

10. You must go on a long journey before you can really find out how wonderful home is. (Tove Jansson)

11. Now it is such a bizarrely improbable coincidence that anything so mind-bogglingly useful could have evolved purely by chance that some thinkers have chosen to see it as the final and clinching proof of the non-existence of God.

The argument goes something like this: ‘I refuse to prove that I exist,’ says God, ‘for proof denies faith, and without faith I am nothing.’

‘But,’ says Man, ‘The Babel fish is a dead giveaway, isn’t it? It could not have evolved by chance. It proves you exist, and so therefore, by your own arguments, you don’t. QED.’

‘Oh dear,’ says God, ‘I hadn’t thought of that,’ and promptly vanishes in a puff of logic.

‘Oh, that was easy,’ says Man, and for an encore goes on to prove that black is white and gets himself killed on the next zebra crossing. (Douglas Adams)

12. I’ll have to calm down a bit. Or else I’ll burst with happiness. (Tove Jansson) 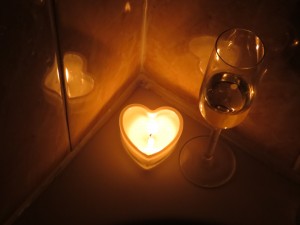 We arrived back in Edinburgh to find bubbles, candles and chocolates, courtesy of Heather

13. This planet has – or rather had – a problem, which was this: most of the people living on it were unhappy for pretty much of the time. Many solutions were suggested for this problem, but most of these were largely concerned with the movement of small green pieces of paper, which was odd because on the whole it wasn’t the small green pieces of paper that were unhappy. (Douglas Adams)

14. Maybe my passion is nothing special, but at least it’s mine. (Tove Jansson)

15. Would it save you a lot of time if I just gave up and went mad now? (Douglas Adams)

16. Wise as she was, she realized that people can postpone their rebellious phases until they’re eighty-five years old, and she decided to keep an eye on herself. (Tove Jansson) 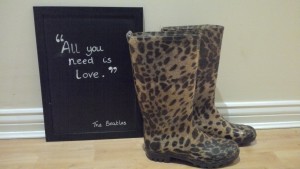 All You Need Is Love

18. It is simply this: do not tire, never lose interest, never grow indifferent—lose your invaluable curiosity and you let yourself die. It’s as simple as that. (Tove Jansson)

And this was our choice of closing words:

“May your coming year be filled with magic and dreams and good madness. I hope you read some fine books and kiss someone who thinks you’re wonderful, and don’t forget to make some art — write or draw or build or sing or live as only you can. And I hope, somewhere in the next year, you surprise yourself.” (Neil Gaiman)