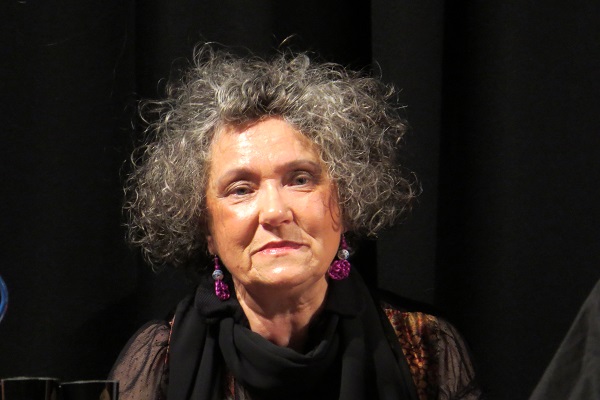 Last week was lost in a somewhat snuffly fog of under-the-weather-ness. This week starts with mild sleep-deprivation due to rising in the early hours of Monday to moon watch, followed by two or three hours of deep sleep peppered with restless dreams involving a zoo and a stage. I spent most of Monday drunk on tiredness.

This will, therefore, be a quick skip and jump through a few things that I may revisit in further detail in later weeks. 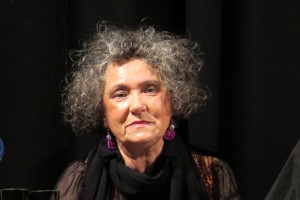 My mother, rocking the Nancy Does Madame Thénardier look

Firstly, the weekend before last, my sister Virginia’s choirs staged two nights of musical delight in Wick, Caithness. My mother, Susan, and my other two younger sisters, Judith and Clemency, participated. They were – each and every one of them – fantastic and, to top it all, every penny made from the concerts went to the RNLI, raising over £1,000 for a very worthy cause. Virginia even paid for the orchestra (amongst many other things) out of her own pocket, as she refused to take the funds out of the money raised.

Virginia is one of those quiet, good souls who never shout about the many things they do for their community, yet make so very many people’s lives better. And, to top it off, she somehow managed to persuade my mother to do a cracking rendition of ‘Oom Pah Pah’ with her friend, Dot: something I never thought I’d see in my life (they were bloody good, too). Judith and Clemency were their usual magnificent selves, of course, performing their songs brilliantly, and delivering them with their natural flair. To say I am a proud sister and daughter is somewhat of an understatement. 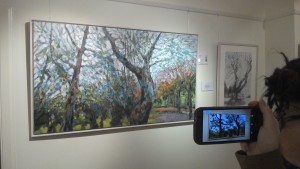 A few weeks ago, Heather and I attended the opening night of Trevor Jones’ #EdinburghHacked exhibition. If you haven’t already seen me tweet about this, you’re in for a treat. You can view a video of the opening night on YouTube here, and you can find out more about #EdinburghHacked and Trevor Jones on his website here. The technology used is something I’ve been interested in for a while, and Trevor handles it excellently. Well worth a few minutes’ perusal: I am certain that the world will be hearing much more of Trevor in the days to come. Quite rightly, too.

On to works in progress. I have a series of #HigherEd themed blogs in the pipeline which I will be publishing sometime in the coming weeks. I was hoping to start rolling out the first blog this week, but circumstances beyond my control have prevented me from doing so. More information to follow, but if you’re interested in writing something, get in touch.

I also have several beginnings of miscellaneous blogs drafted which I will return to at some point. Some of these I drafted on the train to Wick and the train back down again. Because this captures elements of that beautiful journey so well for me, I’ll close this brief update with an excerpt from my notes:

20th Sept 2015: On a train heading south from Wick, through countryside bursting with life. On the moor, on the wing. Bounding deer, darting rabbits, preying birds. My time spent in Caithness is always too short.